I have a google alert set up that forwards me an email each day containing links to news articles related to Autism. Todays email contained 47 articles. 22 of them were about Autistic children being prone to wander off/ run away/ bolt/ whatever you want to call the terrifying experience of having your child vanish.

The first article I read (here from Sky News Australia) said,
"Almost half of US children diagnosed with autism spectrum disorder (ASD) wander away from safe places, and about half go missing long enough to alarm their parents, a new study has found." (OK- firstly, ANY period of time is long enough to alarm me if my child suddenly vanishes, but we'll let that one go).

It went on to quote
"'Children who were reported as missing were older, more likely to have experienced skill loss and less likely to respond to their name. They were also more likely to have lower intellectual and communication scores than non-missing children,' Law wrote."

I have an issue with this sort of reporting. You might think it is pedantic of me, but I feel that reporting like this just reinforces the stereotype that Autism equals dumb. In so many cases, this is just not true. Being unable to communicate in socially conventional ways does not mean a person has lower intellectual capacity. 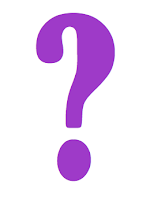 It's probably unfair of me to pick on Sky News, but there were too many articles on this to go through them all. I know that in this article the writer is just reporting (loosely) what research found, and I guess the fact is that in the 1200 families surveyed for this study that is what they found. But the problem I have is that reporting like this, where an initial study (in this case they say it is the first study of its kind in the US) finds something, then all the popular media do a quick review of it, the general public base their beliefs on this watered down second hand report. Scientific process dictates that this finding now either supports or refutes a theory and further research should go on to build more theories around the findings, and seek to replicate them or disprove them. Taking the popular media report on an initial research finding causes misinformation and misunderstanding to circulate around the general population, and we end up with an assumption that Autism is something it is not.

My daughter "wanders". Her IQ has been assessed to be in the high range of what is considered normal. Her recent speech pathology report states that her receptive and expressive language are both in the high range of what is considered normal. She is Autistic. She has Sensory Processing Disorder. When she becomes anxious or experiences sensory overload she disappears for a while. If you didn't know her and you found her in her hiding spot she would likely behave in a way that you would find challenging. She probably wouldn't speak to you. She likely wouldn't respond to her name. She may try to hit or kick you. This does not mean she is not as smart as you!

We need to be so careful with our assumptions and with the stereotypes we choose to accept and perpetuate. Realising that the label my children have been given can act to cause misunderstanding in others about who they are makes me more aware of the misconceptions I must hold about others. And that is truly a challenging thought.
Posted by Michelle at 2:15 PM